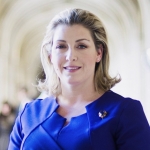 The Rt Hon Penny Mordaunt is Secretary of State for International Development since 2017 and Minister for Women and Equalities since April 2018. 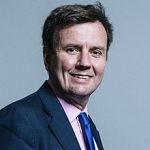 Greg Hands was Minister of State in the Department for International Trade from 2016 to 2018. He was elected the Conservative MP for Hammersmith and Fulham in 2005, and for Chelsea and Fulham in 2010. 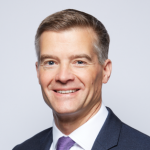 Mark James Harper MP is the Member of Parliament for the Forest of Dean constituency since 2005. 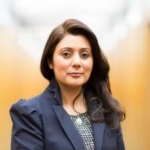 Nusrat Ghani MP was appointed Parliamentary Under Secretary of State at the Department for Transport and Assistant Government Whip on 9 January 2018. She was elected Conservative MP for Wealden in 2015. 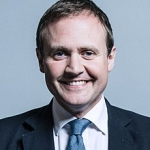 Tom Tugendhat has been the Member of Parliament for Tonbridge and Malling since May 2015. Since 12 July 2017, Tugendhat has served as chairman of the Foreign Affairs Committee. 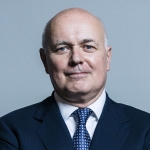 George Iain Duncan Smith is Member of Parliament for Chingford and Woodford Green. 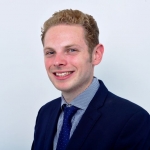 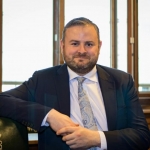 Andrew Stephenson MP was first elected as Conservative MP for Pendle in May 2010. He was appointed as a Parliamentary Under Secretary of State at the Department for Business, Energy and Industrial Strategy on 4 April 2019. He was previously a Government Whip, Lord Commissioner of HM Treasury, from January 2018 to April 2019. Andrew was an Assistant Government Whip from June 2017 to January 2018.

Paul Stuart Scully currently serves as Conservative Party's Vice Chairman for the London region. He was elected as the Member of Parliament for Sutton and Cheam in 2015 and in 2017.