Ahmereen Reza is an architect with a master’s degree from Massachusetts Institute of Technology.  Ahmereen sits on the Board of the Communities Working Group headed by Deputy Chairman of Conservative Party and is a former Conservative Parliamentary candidate for Hodge Hill Birmingham 2017, where she increased the Conservative vote.

In October 2015, Ahmereen was awarded the British Communities Honours Award. In September 2014, she received the Eurasian Award recognising her work with women & multi ethnic minority communities in the UK. In April 2013, she was recognised under the Social and Humanitarian banner as 'Women of the Future' at the Asian Women of Achievements Awards. Ahmereen served on the cross parliamentary steering committee of ‘Women Building Britain’ to improve diversity on boards and reducing barriers for women.

Ahmereen owns a consulting business, 18 years, advising on social housing, sustainable community development and strategic interventions in underserved communities. She serves as a Non-Executive Director at the Southern Housing Group.  She is the co-founder and former Chair of Developments in Literacy UK a charity that educates girls in Pakistan and funds ESOL courses for BAME mothers of under-performing students in the UK. Ahmereen is the former CEO of the British Pakistan Foundation and a Trustee of Nisa Nashim.

Much of Ahmereen's work has focused on evolving effective community-based self-help and pushing for legislative reforms where necessary and identifying public-private partnerships, supporting the Conservative Policy Forum. 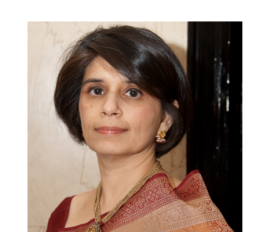