Prime Minister Theresa May's statement in the House of Commons on the Brexit deal.

Prime Minister Theresa May's statement in the House of Commons on the Brexit deal.

From:
Prime Minister's Office, 10 Downing Street and The Rt Hon Theresa May MP

Delivered on:
14 January 2019 (Transcript of the speech, exactly as it was delivered) 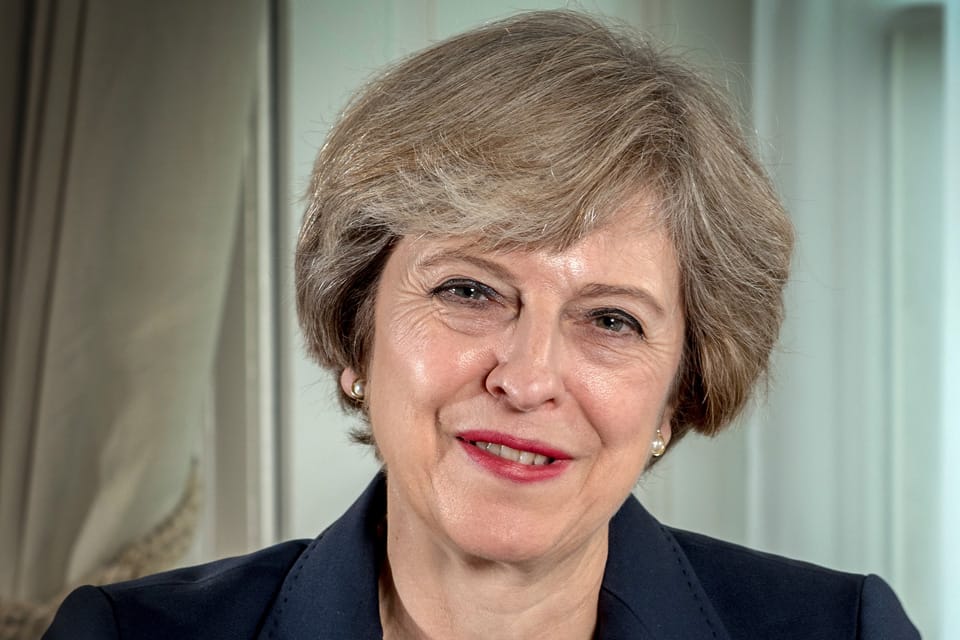 With permission, Mr Speaker, I would like to update the House on the further assurances and clarifications we have received from the European Union on the Northern Ireland Protocol.

As a proud Unionist, I share the concerns of Members who want to ensure that in leaving the European Union we do not undermine the strength of our own union in the UK.

That is why when the EU tried to insist on a Protocol that would carve out Northern Ireland from the rest of the UK’s customs territory, I said no.

And I secured instead a UK-wide temporary customs arrangement – avoiding both a hard border on the island of Ireland and a customs border down the Irish Sea.

I also negotiated substantial commitments in the Withdrawal Agreement and the Political Declaration to do everything possible to prevent the backstop ever being needed – and to ensure that if it were, it would be a temporary arrangement.

But listening to the debate before Christmas it was clear that we needed to go further.

So I returned to Brussels to faithfully and firmly reflect the concerns of this House.

The conclusions of December’s Council went further in addressing our concerns.

They included reaffirming the EU’s determination to work speedily to establish by 31st December 2020 alternative arrangements so that the backstop will not need to be triggered.

They underlined that if the backstop were nevertheless to be triggered it would indeed apply temporarily.

They committed that in such an event, the EU would use their best endeavours to continue to negotiate and conclude as soon as possible a subsequent agreement that would replace the backstop.

And they gave a new assurance that negotiations on the Future Relationship could start immediately after the UK’s withdrawal.

Since the Council and throughout the Christmas and New Year period I have spoken to a number of European leaders and there have been further discussions with the EU to seek further assurances alongside the Council conclusions.

And today I have published the outcome of these further discussions with an exchange of letters between the UK Government and the Presidents of the European Commission and European Council.

The letter from President Tusk confirms what I said in the House before Christmas – namely that the assurances in the European Council conclusions have legal standing in the EU.

Mr Speaker, my Rt Hon Friend the Attorney General has also written to me today confirming that in the light of the joint response from the Presidents of the European Council and the Commission, these conclusions “would have legal force in international law”, and setting out his opinion – “reinforced” by today’s letter – “that the balance of risks favours the conclusion that it is unlikely that the EU will wish to rely on the implementation of the backstop provisions.”

And further, that it is therefore his judgement that “the current draft Withdrawal Agreement now represents the only politically practicable and available means of securing our exit from the European Union.”

Mr Speaker, I know that some Members would ideally like a unilateral exit mechanism or a hard time limit to the backstop.

I have explained this to the EU and tested these points in negotiations.

But the EU would not agree to this, because they fear that such a provision could allow the UK to leave the backstop at any time without any other arrangements in place and require a hard border to be erected between Northern Ireland and Ireland.

I have been very clear with them that this is not something we would ever countenance – that the UK is steadfast in its commitment to the Belfast Agreement and would never allow a return to a hard border.

But it is not enough simply to say this. Both sides also need to take steps to avoid a hard border when the UK is outside of the EU.

Failing to do so would place businesses on the island of Ireland in an impossible position having to choose between costly new checks and procedures that would disrupt their supply chains or breaking the law.

So we have the backstop as a last resort.

But both the Taoiseach and I have said consistently that the best way to avoid a hard border is through the future relationship – that is the sustainable solution. And that neither of us want to use the backstop.

So since the Council we have been looking at commitments that would ensure we get our future relationship or alternative arrangements in place by the end of the Implementation Period, so that there will be no need to enter the backstop and no need for any fear that there will be a hard border.

And that is why in the first of the further assurances they have provided today, the EU has committed to begin exploratory talks on the detailed legal provisions of the future relationship as soon as this Parliament has approved the deal and the Withdrawal Agreement has been signed. And they have been explicit that this can happen immediately after this House votes through the agreement.

If this House approved the deal tomorrow, it would give us almost two years to complete the next phase of the negotiations. And, of course, we will have the option to extend the Implementation Period if further time were needed for either one or two years. It is my absolute conviction that we can turn the Political Declaration into legal text in that time, avoiding the need for the backstop altogether.

The letters also make clear that these talks should give “particular urgency to discussion of ideas, including the use of all available facilitative arrangements and technologies, for replacing the backstop with permanent arrangements.”

And further that those arrangements “are not required to replicate the backstop provisions in any respect.” So contrary to the fears of some Hon. Members, the EU will not simply insist that the backstop is the only way to avoid a hard border. They have agreed to discuss technological solutions and any alternative means of delivering on this objective – and to get on with this as a priority in the next phase of negotiations.

Second, the EU has now committed to a fast track process to bring our future trade deal into force once it has been agreed. If there is any delay in ratification, the Commission has now said they will recommend provisionally applying the relevant parts of the agreement so that we would not need to enter the backstop.

Such a provisional application process saved four years on the EU-Korea deal and it would prevent any delays in ratification by other EU Member State parliaments from delaying our deal coming into force.

Third, the EU has provided absolute clarity on the explicit linkage between the Withdrawal Agreement and the Political Declaration, and made that link clear in the way the documents are presented.

I know some colleagues are worried about an imbalance between the Withdrawal Agreement and the Political Declaration because the EU cannot reach a legal agreement with us on the future relationship until we are a third country.

Bad faith by either side in negotiating the legal instruments that will deliver the future relationship laid out in the Political Declaration would be a breach of their legal obligations under the Withdrawal Agreement.

Fourth, the exchange of letters confirms that the UK can unilaterally deliver all of the commitments we made last week to safeguard the interests of the people and businesses of Northern Ireland and their position in our precious union.

…and that the UK can give a restored Northern Ireland Executive a seat at the table on the joint committee overseeing the deal.

Mr Speaker, President Juncker says explicitly in his letter that the backstop “would represent a suboptimal trading relationship for both sides.”

We have spoken at length about why we want to avoid the backstop. But it is not in the EU’s interests either.

For this backstop gives the UK tariff-free access to the EU’s market.

And it does so with no free movement of people, no financial contribution, no requirement to follow most of the level playing field rules and no need to allow EU boats any access to our waters for fishing.

Furthermore, under these arrangements, UK authorities in Northern Ireland would clear goods for release into the EU Single Market with no further checks or controls.

This is unprecedented and means the EU relying on the UK for the functioning of its own market.

So the EU will not want this backstop to come into force - and the exchange of letters today makes clear that if it did, they would do all they could to bring it to an end as quickly as possible.

Nevertheless, Mr Speaker, I fully understand that these new assurances still will not go as far as some would like.

I recognise that some Members wanted to see changes to the Withdrawal Agreement: a unilateral exit mechanism from the backstop, an end date or rejecting the backstop altogether – although it should be said that this would have risked other EU Member States attempting to row back on the significant wins we have already achieved such as on control over our waters or the sovereignty of Gibraltar.

But the simple truth is this: the EU was not prepared to agree to this.

And rejecting the backstop altogether means no deal.

And that is not going to change however the House votes tomorrow.

And to those who think we should reject this deal in favour of no deal, because we cannot get every assurance we want…

…I ask what would a no deal Brexit do to strengthen the hand of those campaigning for Scottish independence - or indeed those demanding a border poll in Northern Ireland?

Surely this is the real threat to our Union.

Mr Speaker, with just 74 days until the 29th March the consequences of voting against this deal tomorrow are becoming ever clearer.

With no deal we would have: no Implementation Period, no security partnership, no guarantees for UK citizens overseas, and no certainty for businesses and workers like those I met in Stoke this morning. And we would see changes to everyday life in Northern Ireland that would put the future of our Union at risk.

And if, rather than leaving with no deal, this House blocked Brexit, that would be a subversion of our democracy, saying to the people we were elected to serve that we were unwilling to do what they had instructed.

So I say to Members on all sides of this House – whatever you may have previously concluded – over these next 24 hours, give this deal a second look.

No it is not perfect. And yes it is a compromise.

But when the history books are written, people will look at the decision of this House tomorrow and ask:

Did we deliver on the country’s vote to leave the European Union?

Did we safeguard our economy, our security and our Union? Or did we let the British people down?

I say we should deliver for the British people and get on with building a brighter future for our country by backing this deal tomorrow.

And I commend this Statement to the House.