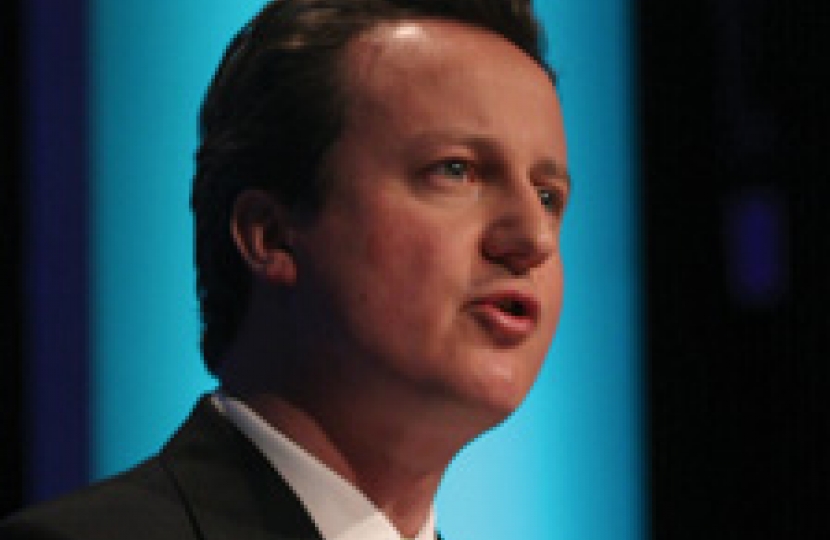 Today the Prime Minister made an historic speech on Britain's relationship with the EU. With the ongoing Eurozone crisis, the European Union is changing. These changes are raising a series of fundamental questions about the future of the EU and Britain’s place within it. These questions aren’t going away and we should be playing a leading role in shaping the debate.

Conservatives believe that Britain should want to remain in the EU. We need to be in the single market, not just selling goods to Europe, but with a say in what its rules are. But public disillusionment with the EU is at an all-time high and people feel that it is heading in a direction that they never signed up to. The result is that democratic consent for the EU in Britain is now wafer thin.

We want to negotiate a new settlement in Europe, focussed on competitiveness, fairness, respect for national democracies, and allowing powers to flow back to Member States. And we want fresh consent for this settlement. The next Conservative Manifesto in 2015 will commit us to negotiating a new settlement in the next Parliament. We will then hold an in-out referendum – stay in the EU on these new terms; or come out. We will complete this negotiation and hold this referendum within the first half of the next parliament.

The full text of the Prime Minister's speech can be accessed here: http://j.mp/WUDeoc