An Article By Murtaza Ali Shah in The News. 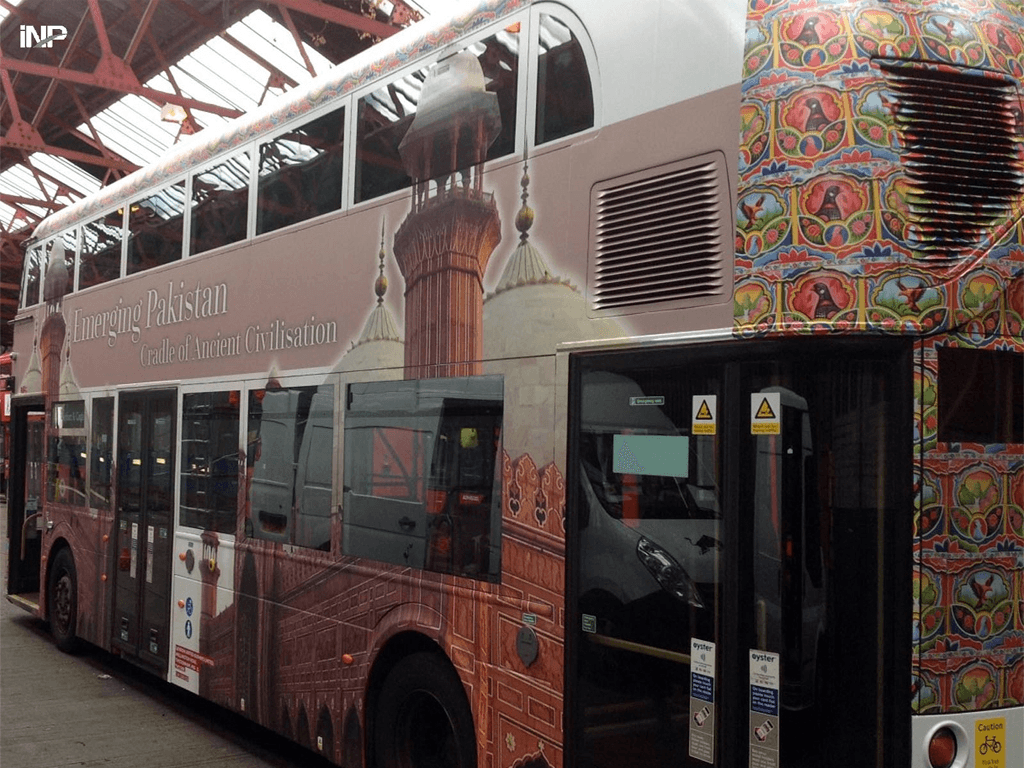 A leading investment group has launched a 100-bus business plan here to promote Gwadar as the investment destination and to invite attention towards the future hub of economic activity in Pakistan.

Double deck London buses are running across 17 routes in London, carrying beautiful banners showcasing Gwadar which has the potential to rival Dubai.

The advertisement banners read: “Gwadar: the Gateway to Emerging Pakistan”.

This is the most expensive, diverse and creative campaign ever run outside of Pakistan to promote Gwadar as the center of a strategic gambit as well as Pakistan’s Dubai, being built and developed with help from China under the China Pakistan Economic Corridor (CPEC) project.

The month-long campaign, sponsored by China Pak Investments Corporation (CPIC), has the potential of reaching to or making impact on at least 10 million people. 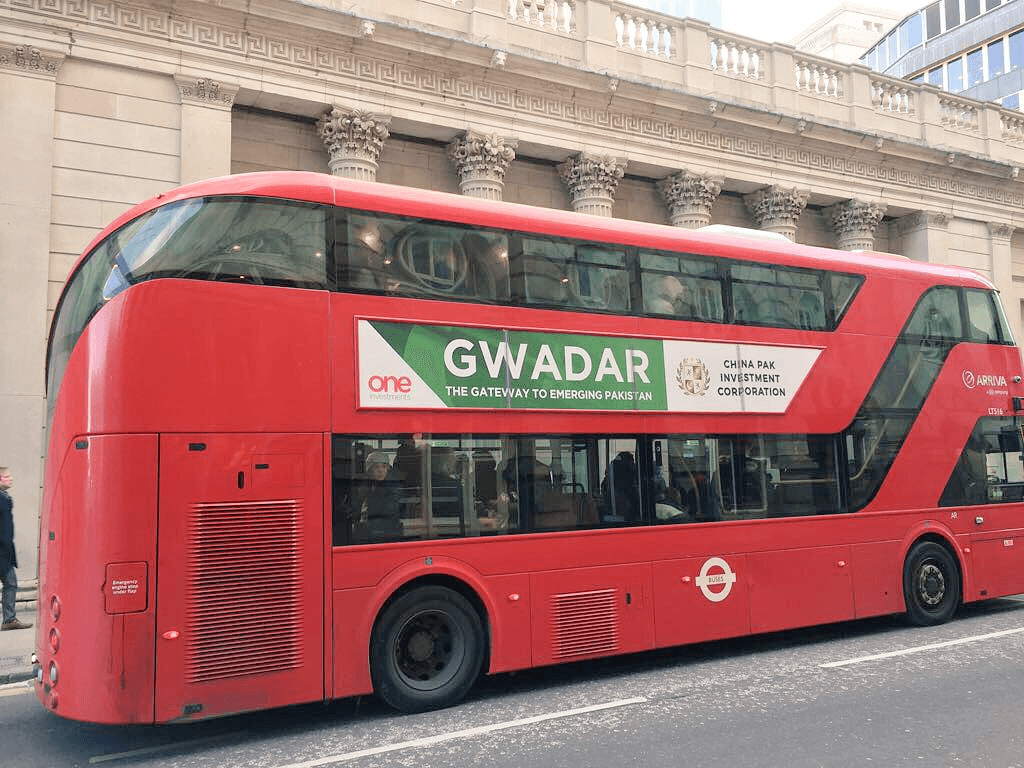 Stuart Reid, the China Pakistan Economic Corridor Corporation’s Chief Operations Officer (COO), told this correspondent in an interview that the “Red Gwadar buses” have been launched in Zone 1 of Central London, the heart of the world’s financial capital, and go out till Zone 4 to celebrate Gwadar.

“It’s our estimate that at least 10 million of the world’s most influential people will see these buses while parading the most posh localities of Central London from Oxford Street to Park Lane and Buckingham Palace to the Houses of Parliament and Lords in Westminster. We have put Pakistan and Gwadar on the highest platform in the most prime locality of London, the city with the world’s most billionaires, which sees over $5 trillion in daily financial transactions,” he said, expressing delight that the Gwadar buses had generated a huge response within few hours of the launch.

He said the aim of the campaign was to showcase Gwadar as the emerging trade hub of South Asia on the global platform it deserved.

“Pakistan is amongst the fastest growing economies in Asia today, it is poised to become the 20th largest economy in the World by 2030 and the world should understand these facts. The difference between Pakistan and other regional competitors today is not capability or potential but negative PR. Pakistan is a land full of opportunity and here at the China Pak Investment Corporation we will bring these opportunities to the forefront for global investors.”

Stuart Reid said Gwadar was a city prime for global investment. He referred to an article published last week in The Telegraph, one of the UK’s leading publications, which said Gwadar held the potential to be the next Dubai.

He added: “Looking from an economic perspective we can indeed see the parallels — Dubai’s Jebel Ali Port and Freezone generate over 22% of Dubai’s GDP creating employment for hundreds of thousands. Similarly, China has launched the first phase of Gwadar’s Freezone which is expected to become the busiest port in South Asia by 2022. Land prices in Dubai grew 3000%+ in the last 20 years, as it established itself as the shipping and trade hub of the Middle-East. We see Gwadar following a similar trajectory as the shipping and trade hub of South Asia.”

Asked why Gwadar campaign had been launched on London buses, Stuart Reid said brands such as Nike, Apple and Amazon advertised on this platform and “we didn’t think there was any more suitable platform to showcase Gwadar than alongside the world’s largest brands”.

He said some elements were opposed to investment in Gwadar for their selfish reasons but the fact was that there was not a more secure city in the entire country than Gwadar as its security was in the hands of Pakistan Army.

“As a matter of fact Gwadar is amongst the safest cities in the world.” He said local people were heavily involved with the development of Gwadar.

Reid said the destiny of the people of Gwadar had turned around in the last two years since China took over the port and yesterday’s sand had become today’s gold with land prices increasing 500% and the land owned by locals that was worth tens of thousands of dollars was now worth millions.

He said CPEC was holding road shows in America this week and a campaign will soon be launched in Washington and New York as well.

China has committed $62 billion to the initiative under its One Belt One Road initiative to develop commercial logistics links with Europe to get access to a warm water port 350 miles from the Straits of Hormuz. 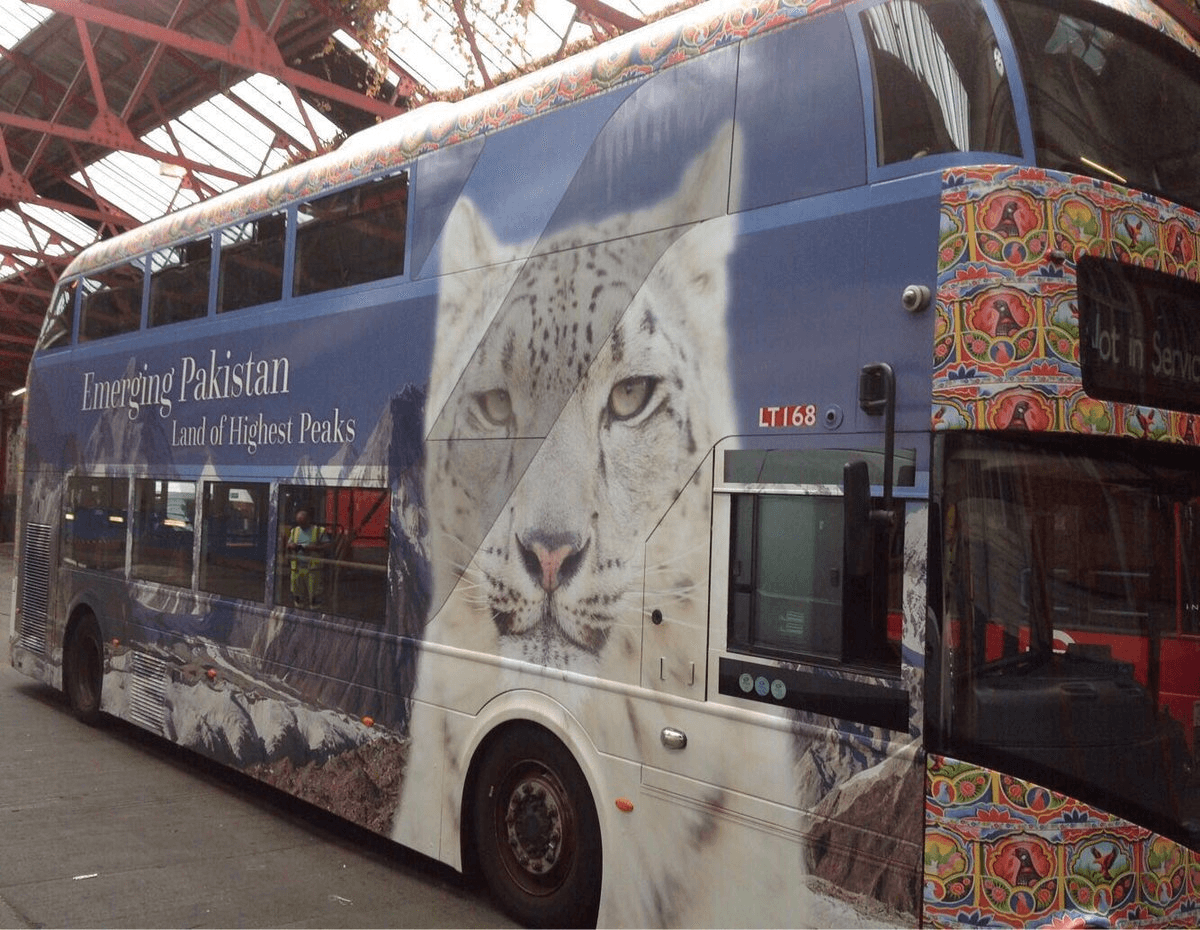