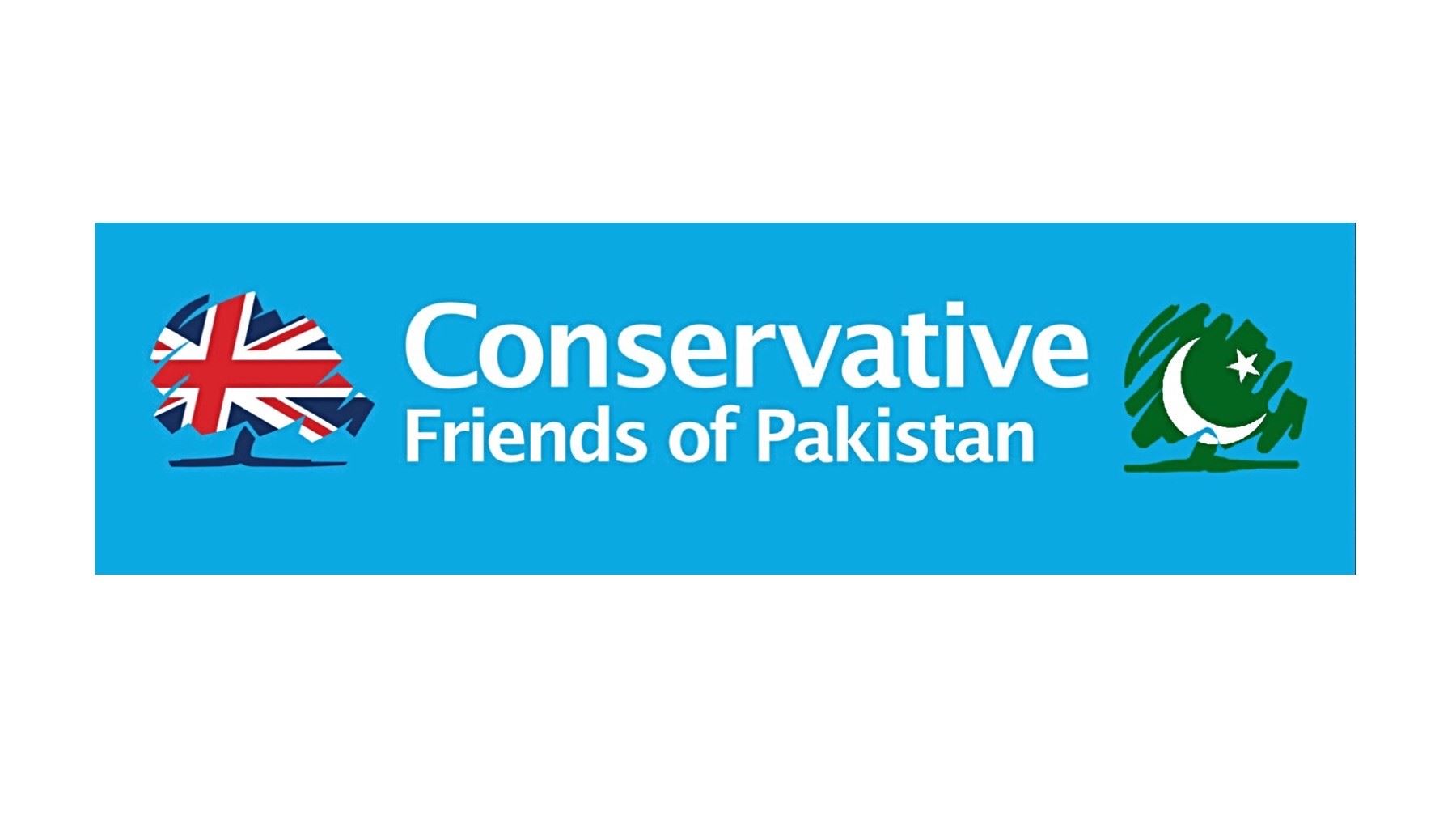 This email contains 10 Articles all of which may be best seen in a web browser.

Welcome to the Conservative Friends of Pakistan Newsletter. Thank you for your interest in CFoP. We have put together a mix of News from different sources that we hope you find interesting.

We are having our first Conservative Party Conference CFoP Virtual Reception by Zoom and ask that you join us. 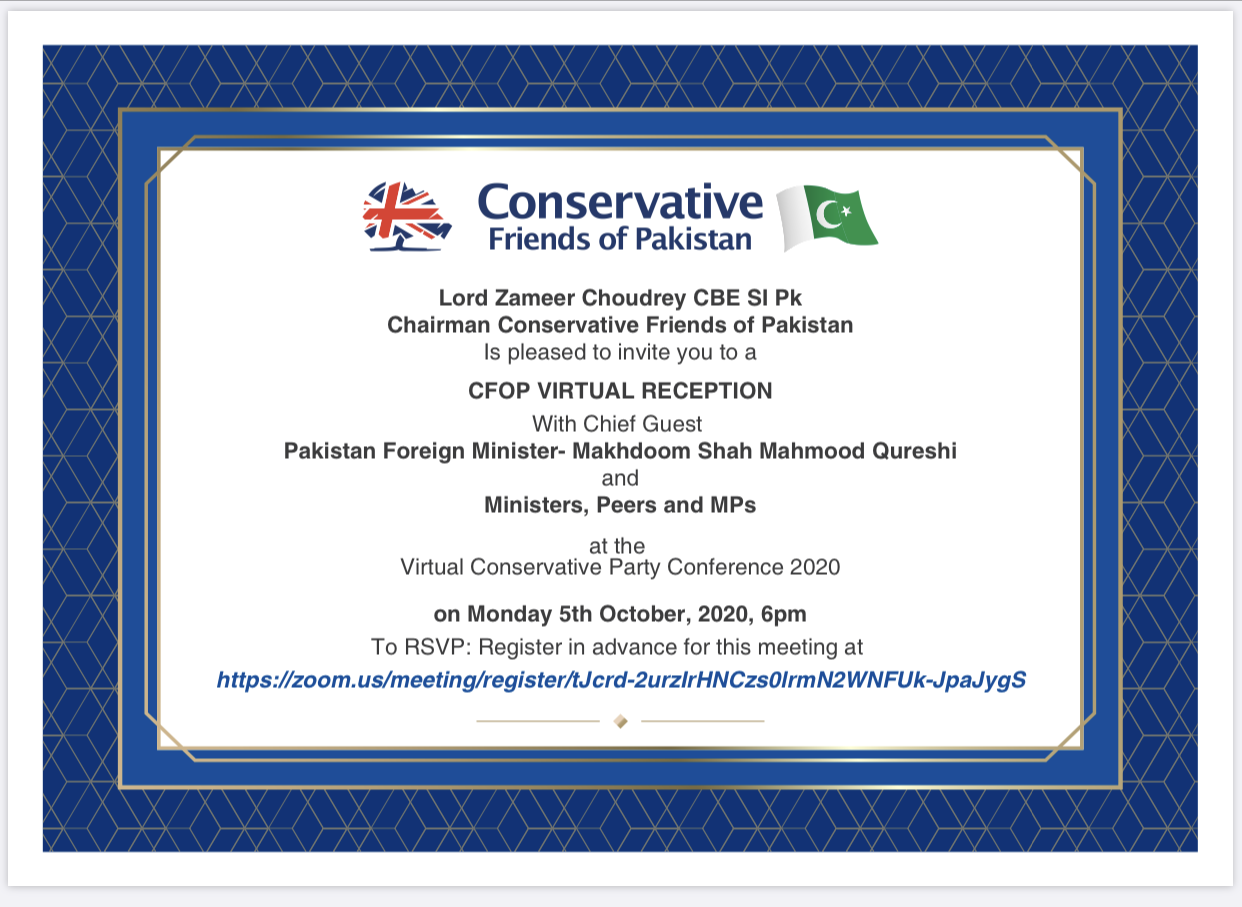 Invitation to Conservative Friends of Pakistan

Please Register in advance for this meeting:

After registering, you will receive a confirmation email containing information about joining the meeting. 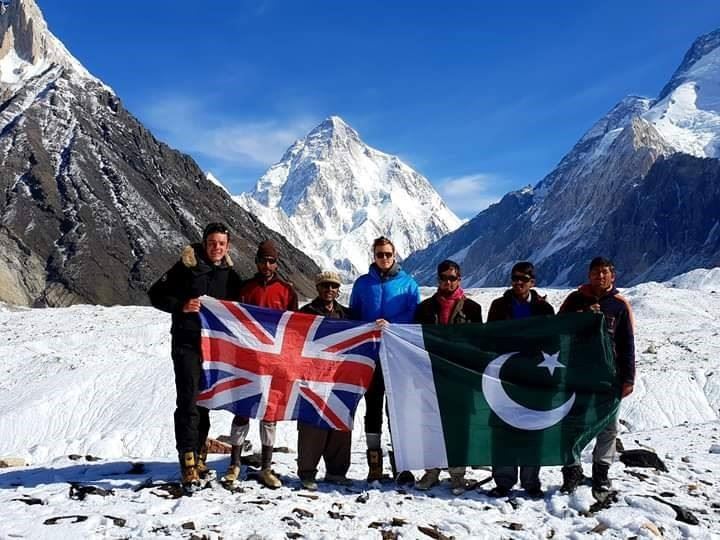 Pakistan Is Among The Top Tourist Destinations 2020

With the outworldly natural beauty, unforgettable road trips and a culture with hospitality at its core - Pakistan is a travel gem, and is one of the world's most exciting travel destinations right now. Images from the scenic masterpiece that is Gilgit Baltistan province are increasingly filling the pages of adventure travel brochures, but Pakistan offers so much more to travellers than just its north. In addition to touring the dramatic Karakoram Highway, visit the bustling markets of Karachi, taste the delectable flavours of the Punjab in Lahore, and grab tea with some of the friendliest people that you will ever meet on the story-tellers street of Peshawar. Put simply, your first trip to Pakistan will be a trip that you will never forget.

Top adventure travel experience: Wedged in the north-eastern corner of Pakistan lies a geographical superlative like no other. Concordia, the confluence of the Baltoro and Godwin-Austen glaciers, offers the highest concentration of 8000m+ peaks in the world, and is probably the most dramatic landscape on the planet. To reach this remarkable place, travellers need to undertake a 2 week fully supported trek up and down the Baltoro Glacier, a non-technical but highly challenging high-altitude hike that will push the physical and mental limits of any traveller. Upon arrival at Concordia, visitors will likely be cold, wet and feeling the often unpleasant effects of altitude, but will be rewarded with an unmatched view of K2's southern face, and a sense that you are standing in one of the most special places on earth. 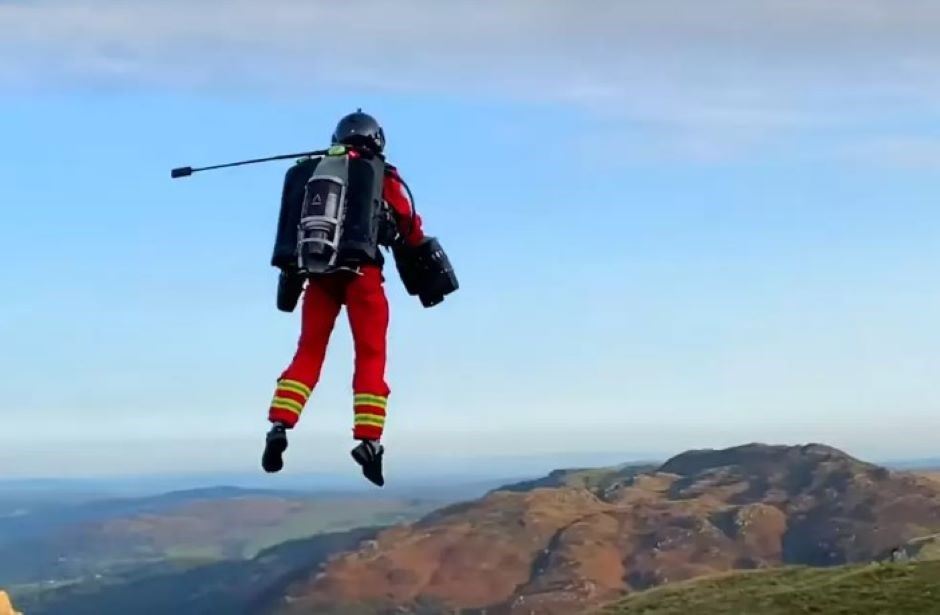 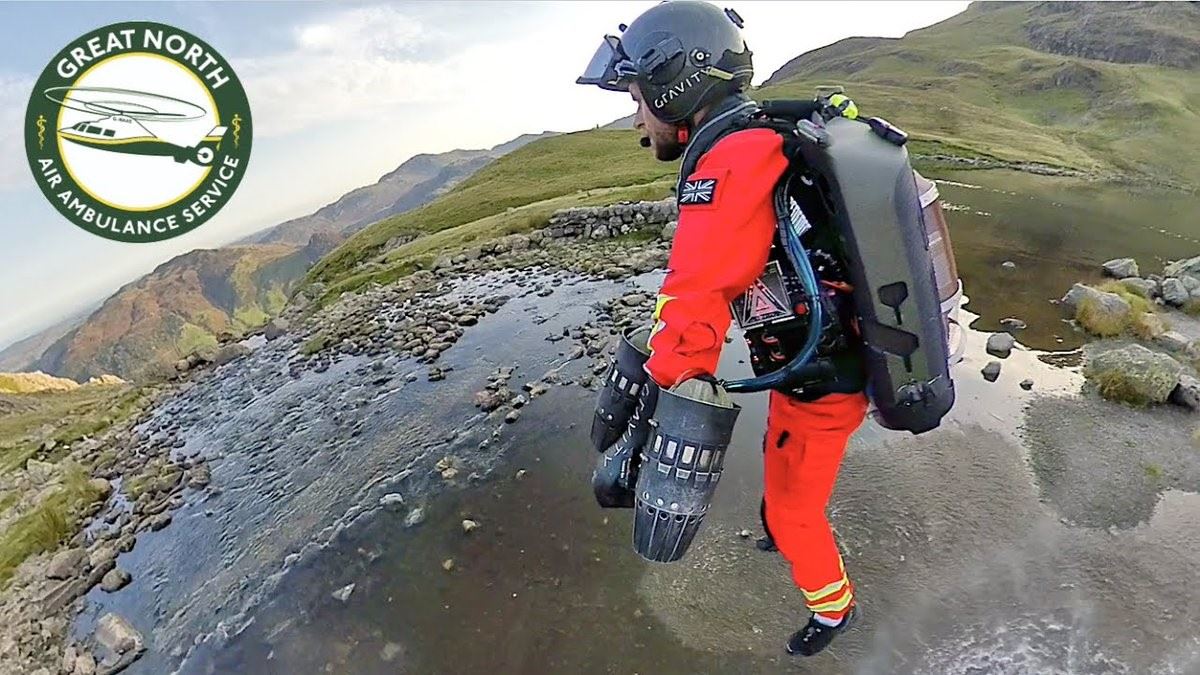 A collaboration between Gravity Industries, which has developed and patented a 1050 brake horsepower Jet Suit, and the Great North Air Ambulance Service (GNAAS), has resulted in a test flight in the heart of the Lakes.

The test at the Langdale Pikes saw Gravity Industries founder and Chief Test Pilot Richard Browning fly from the valley bottom to a simulated casualty site on The Band, near Bowfell. The simulated casualty site would take around 25 minutes to reach by foot. The Gravity Jet Suit is able to cover that distance in 90 seconds, opening a range of possibilities in the emergency response arena. 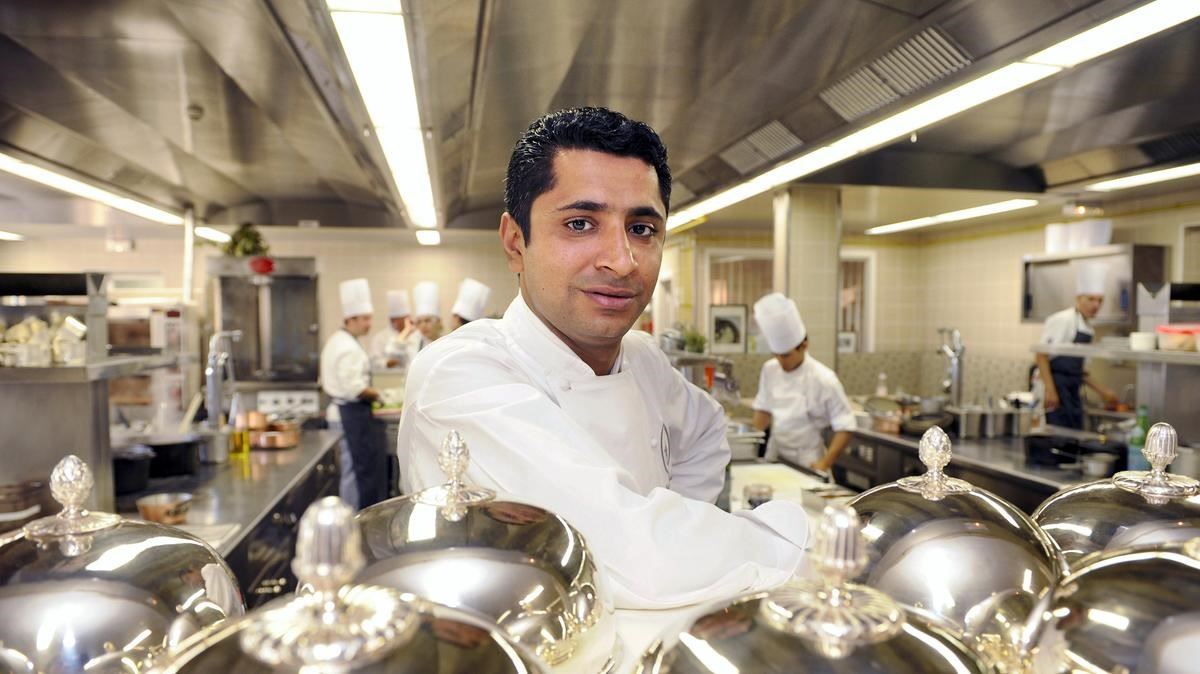 The world of French haute cuisine has been made to sit up and take notice of two gifted sons of a Pakistani father who found a new life in the West by joining the Foreign Legion.

In a chic Parisian arrondissement and in the heart of Provence, Sylvestre and Jonathan, not the names they began life with – are separately succeeding at what the French generally consider they do best, creating sumptuous dishes for discerning diners.

As boys, the brothers were happy to play cricket in the streets of Kohat, 70 kilometres south of Peshawar. The tables of exquisite restaurants frequented by figures from film, music, big business and politics could hardly have seemed more distant. Yet in a fiercely competitive environment, the Wahid brothers are now acclaimed chefs with three Michelin stars between them, a shared appetite for relentless work and limitless ambition. They have also converted their skills into business success. 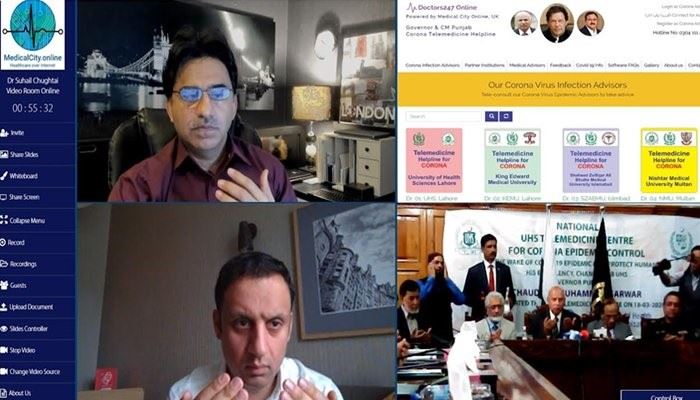 The British-Pakistani Doctors Saving Lives In Both Countries

Dr Akhtar is an intensive care unit consultant in Britain's National Health Service, and has helped lead the response to Covid-19 in Essex, where he lives.

Now, in his free time, he is using telemedicine software to share his experiences with counterparts in his country of birth, Pakistan - advising doctors on the best way to treat their patients.

Dr Suhail Chughtai, another UK-based doctor of Pakistani origin, built the telemedicine software used to connect to the intensive care unit in Lahore. The software allows doctors to talk via video link and exchange copies of case notes as they speak. His aim was "to plug the gap" in Pakistan caused by a relative lack of intensive care specialists, by "importing" those doctors from the UK via telemedicine, he said. 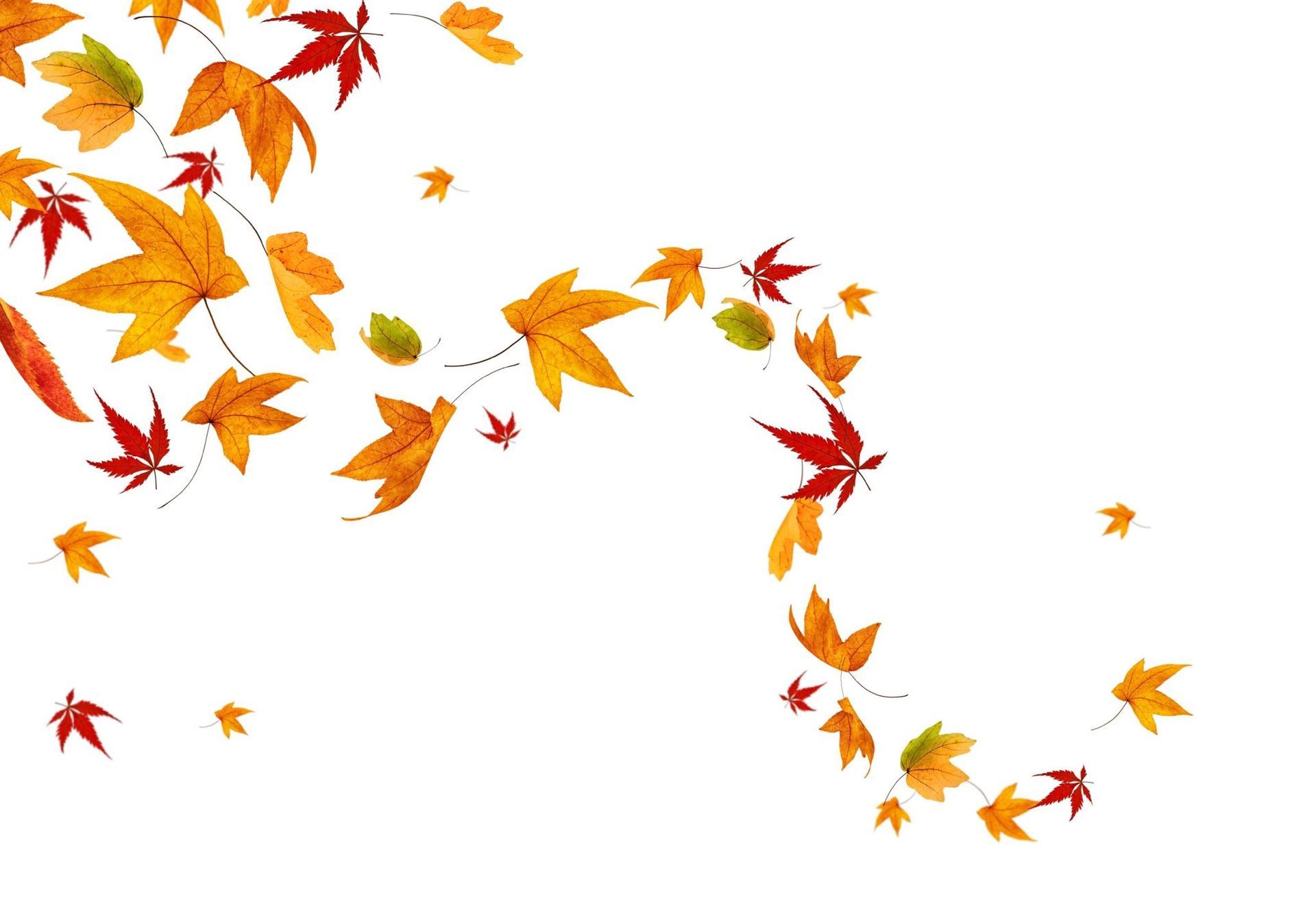 The Migration Advisory Committee (MAC) has advised that a number of occupations should be added to the Shortage Occupation List (SOL). The committee has, however, warned of the stark consequences of low wages in social care, with most frontline occupations in the sector ineligible for the skilled worker route and the SOL. It has reiterated the need to make jobs more attractive to UK workers by increasing salaries rather than relying on migrants, particularly during the ongoing COVID-19 pandemic.

Other occupations which should be added to the UK-wide list include butchers, bricklayers and welders, where there is clear evidence of staff and skills shortages which could be filled by overseas workers.

The MAC has also recommended additions to separate lists for all of the devolved nations, allowing additional flexibility and reflecting the different needs of each. This includes fishmongers, bakers and horticultural workers for Northern Ireland, childminders and nursery nurses for Scotland and health professionals for Wales. To Read more, click on the link below …..

To Read the full report, click on the link below ….. 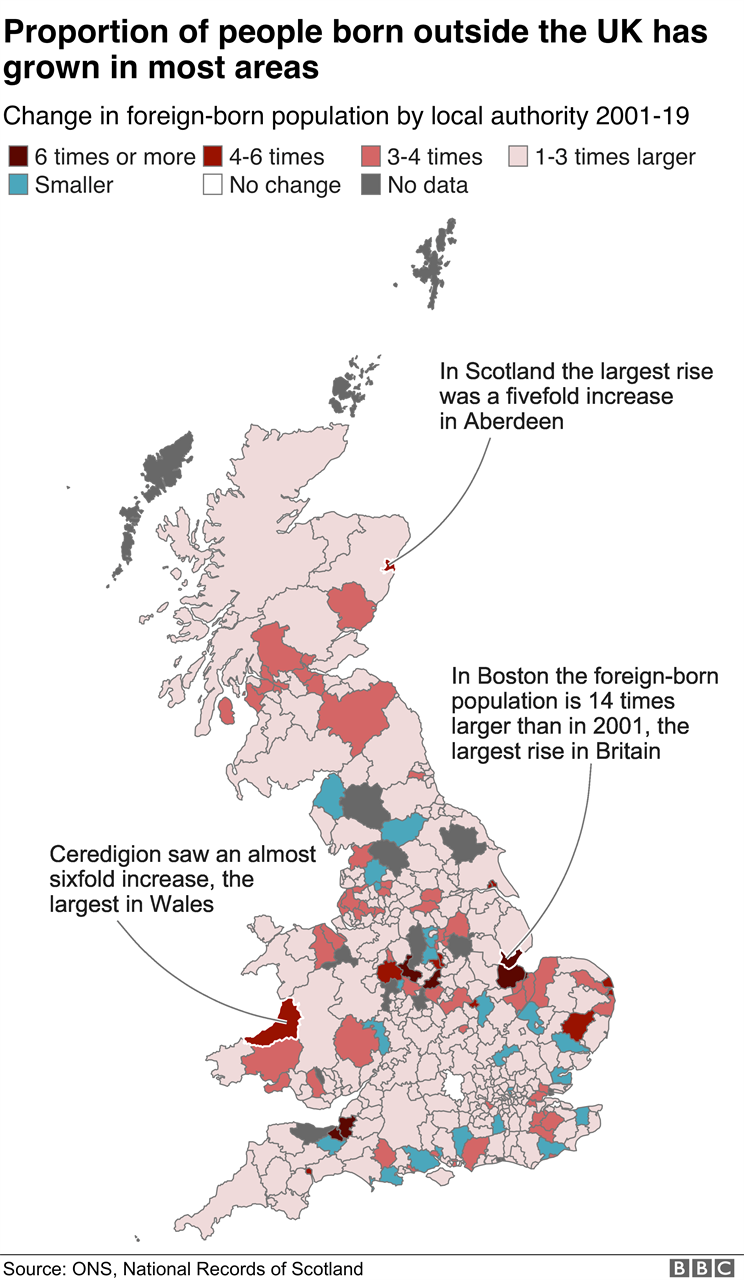 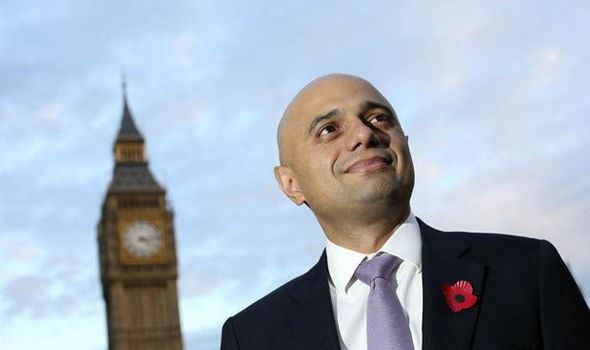 An Immigration Map Of UK

In the last 30 years, the UK has experienced the most rapid increase in immigration in its history. Around one in seven of its population is now foreign-born. More than three million people, roughly a third of the immigrant population, come from Commonwealth countries such as India, Jamaica, Australia and Nigeria. Britain has been forged over millennia in the crucible of invasion and immigration, but until recent times, the UK’s primary experience was of emigration. After World War Two, however, immigration was encouraged and accelerated, as rules of entry were relaxed, free movement within the EU brought large numbers from Eastern Europe, foreign student numbers grew, and global conflict drove an increase in asylum seekers.

As a result, 14% of the UK’s population is now foreign-born, and of those, up to four million are EU citizens. The UK now hosts the largest Pakistani community in Europe. In the 2011 census, the British Pakistani population exceeded £1.17 million.

Immigrants and their descendants are making increasingly high-profile contributions to the British way of life. Foremost is the name Sajid Javid, born in Rochdale to Pakistani Muslim parents, who became Chancellor in July 2019, the first person of Asian origin to hold one of the great offices of state. Immigrants from South and East Asia form the largest number of non-EU migrants.

To read how has immigration changed in your area, click on the link below …..

Immigration In Your Area

To Read the full report, click on the link below ….. 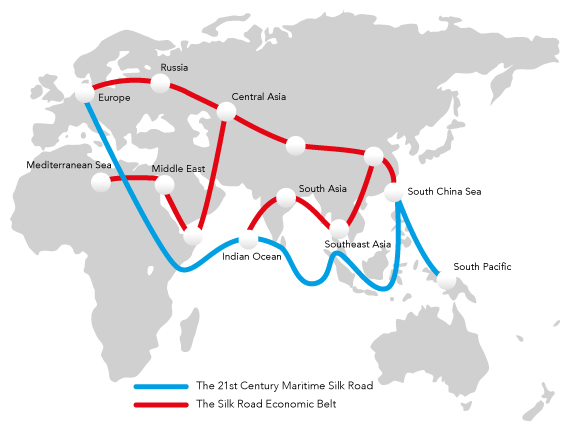 The Belt And Road Initiative

China’s Belt and Road Initiative (BRI) hopes to deliver trillions of dollars in infrastructure financing to Asia, Europe, and Africa. It should transform connectivity between Asia, Europe and Africa. It promises to reshape the world’s supply chains. A new report on the Chinese Belt and Road Initiative predicts boost to global GDP “by over $7 trillion per annum”. The UK is forecast to be among the top 10 beneficiaries of the project, sitting seventh in the table of nations that will see the largest economic impact.

The BRI is regarded as the centrepiece of China’s international economic policy and is the world’s largest infrastructure project, attempting to rebuild and expand the old Silk Road between Europe and China. The benefits of the BRI are likely to be widespread. As many as 56 different countries are forecast to have their annual GDP in 2040 boosted by more than $10 billion as a result of the project.

Pakistan has by far the longest list of BRI projects already announced. This has created some tensions both with China and India which disputes some of the territory through which one of these projects passes. A major part of China's One Belt One Road Initiative is the China-Pakistan Economic Corridor (CPEC), which comprises around $60 billion of investment in energy and transport infrastructure. While these developments have the potential to deliver a much-needed boost to Pakistan's exports and domestic productivity, there are concerns about the affordability of the loans from China, considering Pakistan's already large fiscal deficit of 6.5% of GDP. To Read the full report, click on the links below ….. 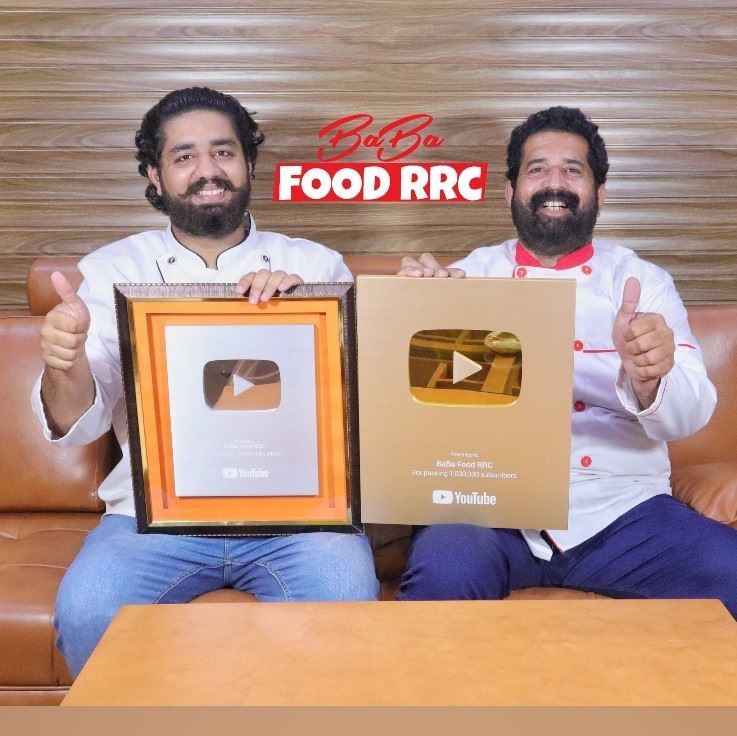 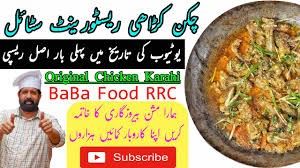 A Chef Who Gives His Secret Recipes Away

We are delighted to introduce you to Chef Rizwan Chaudhary from BaBa Food RRC. This man is a wonderful example of Pakistani entrepreneurship. He shares commercial style cooking to assist people in Pakistan to learn how to make restaurant style food so they can set up a catering or food stall business as a livelihood. We should welcome such efforts. His recipes, tried by CFOP Directors, are also great.

BABA Food RRC (YouTube Channel) is a journey that started only with a vision to empower the people with commercial level skills and techniques about cooking to eliminate poverty from the country.

BaBa Food RRC provides a great opportunity to unemployed people especially ladies to learn the commercial recipes that are served in restaurants so they can start their own business from home or at a commercial level. It is the only YouTube channel in Pakistan that received appreciation in no time, 1 million subscribers/fans in the time period of 9 months, viewers from 36 countries and international recognition with foreign exposure to East Africa. To see him in action, click on the links below ….. 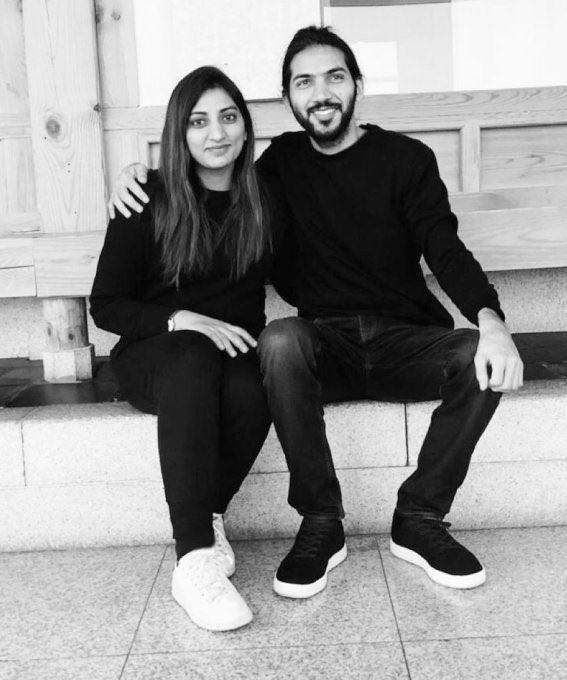 From Lahore To New York:

The Pakistani Entrepreneurs Behind Atoms

Waqas Ali and Sidra Qasim, the Pakistani entrepreneurs behind the shoe start-up, Atoms, never fathomed how much their lives would change in the nine years since their foray into Pakistan’s thriving start-up scene. In 2011, the young entrepreneurs were still learning the ropes after the launch of Markhor, a shoe start-up which focused on sustaining the craft of handmade leather shoes in Pakistan. After landing a Google-backed grant program in Pakistan, roughly a year into their start-up journey with Markhor, things began looking up for the entrepreneurs. To Read more, click on the link below …..

From Lahore to New York

To continue receiving these newsletters please subscribe or become a member.

Thank you for reading the CFoP Autumn Newsletter.

Newsletter articles are taken from various sources, acknowledged at the end of each article, and no copyright infringement is intended. All reasonable precautions have been taken to check for anti-virus and spamming risks in addition to links to safe sites. We cannot guarantee that links to some sites may contain or link to unsafe content. Please proceed with caution if you are unsure and at your own risk.Please ensure you have up to date and suitable anti-virus software and firewall protections in place. CFoP cannot take any liability for content on sites suggested in this newsletter.