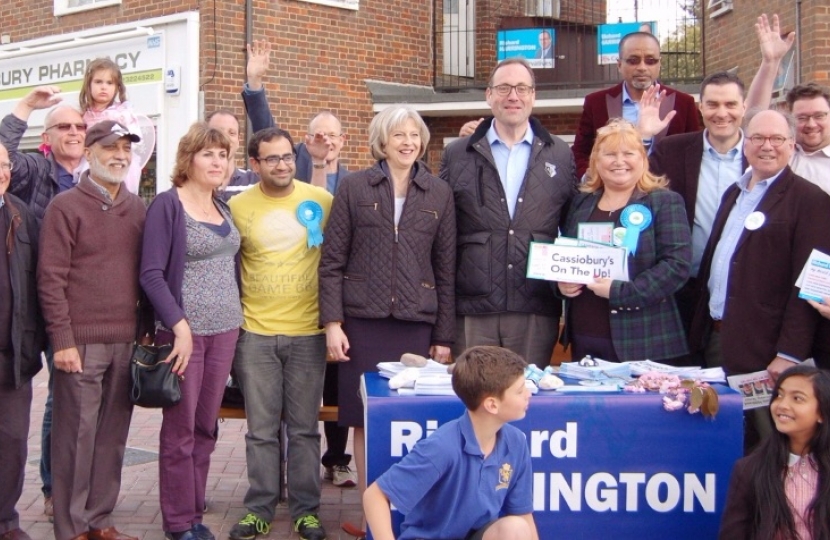 Watford constituency was targeted by CFoP as a key Seat to 'hold' for the 2015 Election where Richard Harrington is fighting a three way split of votes between the Conservatives, Labour and Lib Dems. Our co-chairman, Michael Wade campaigned with Richard Harrington and Home Secretary Theresa May on Monday from where he reports a growing support from British Pakistanis who support George Osborne's economic plan. Only a strong Economy can afford the level of services we seek for the UK.