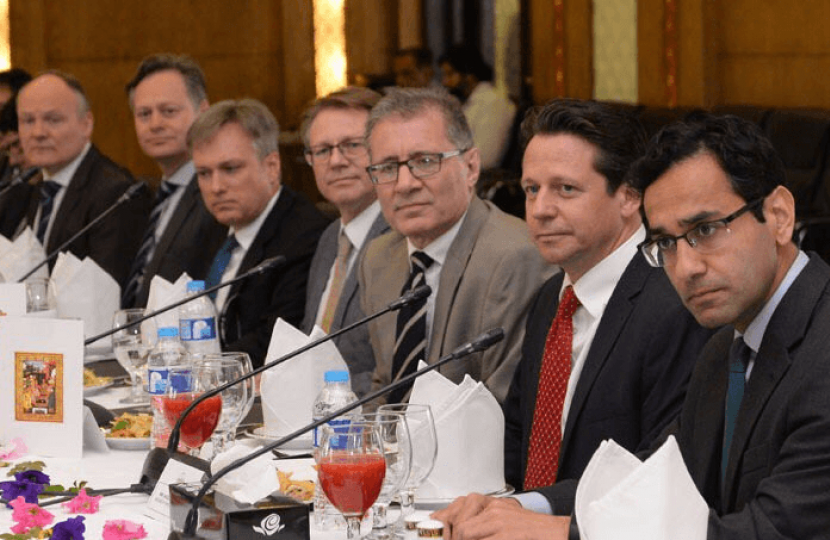 The Adviser highlighted the important progress made by Pakistan during the last four years in counterterrorism, economic development and democratic consolidation. He also briefed the parliamentarians about Pakistan’s efforts for regional peace and initiatives aimed at promoting regional connectivity. Besides apprising the British Parliamentarian on the regional political and security situation, the Adviser also briefed them on the grave human rights violations in Indian occupied Kashmir, and the current state of Pakistan-India relations.

Both sides discussed ways to further strengthen cooperation between the two countries in a number of important areas, especially trade, investment and people-to-people contacts.

Paying rich tributes to sacrifices made by Pakistan in counterterrorism, the British Parliamentarians acknowledged Pakistan’s role in promoting international peace and security as well as its contribution in regional stability. They also commended the role of Pakistani diaspora in Britain and called for enhanced interaction between the two countries in all aspects of their bilateral relationship.