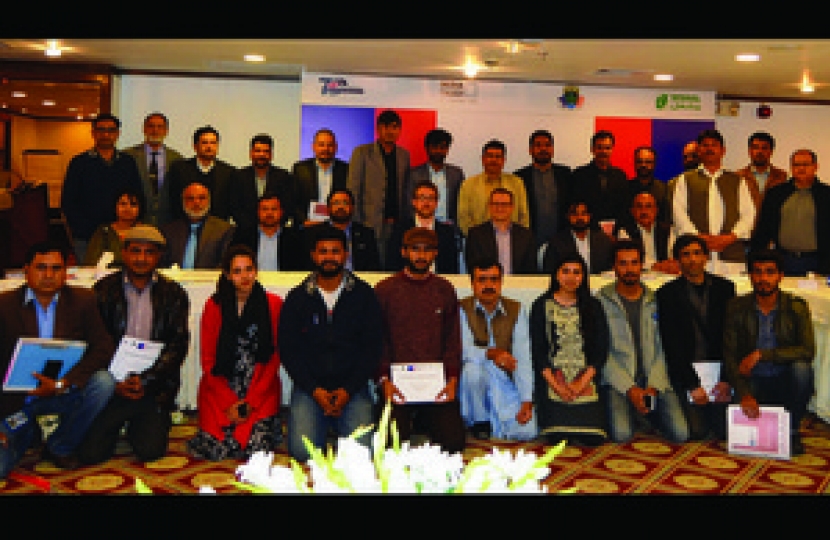 British High Commission organised a series of workshops in Karachi, Islamabad and Lahore in partnership with Mishal Pakistan to promote the higher standards of reporting in Pakistani media.

These workshops aim to create a master class of journalists who will promote media ethics and responsible journalism amongst their peers.

More than 80 entry- and mid-level journalists from all over Pakistan attended the workshops. They covered media ethics, reporting accuracy and the safety of journalists. Participants also discussed the experience of international journalism as a way of improving their own standards. The trainers included highly experienced journalists who have worked for the BBC and Dawn Media Group.

Speaking about the training, Samuel Heath, Head of Communications at the British High Commission, said:

Pakistan has a thriving media landscape, and news consumption is much higher here than in many other countries. This puts increased responsibility on the media to report facts accurately, ethically and responsibly. Safety is also extremely important in Pakistan where being a journalist is often a dangerous profession.

This training followed a special training session in Islamabad for female journalists from across the country, organised in conjunction with the United Nations Information Centre.