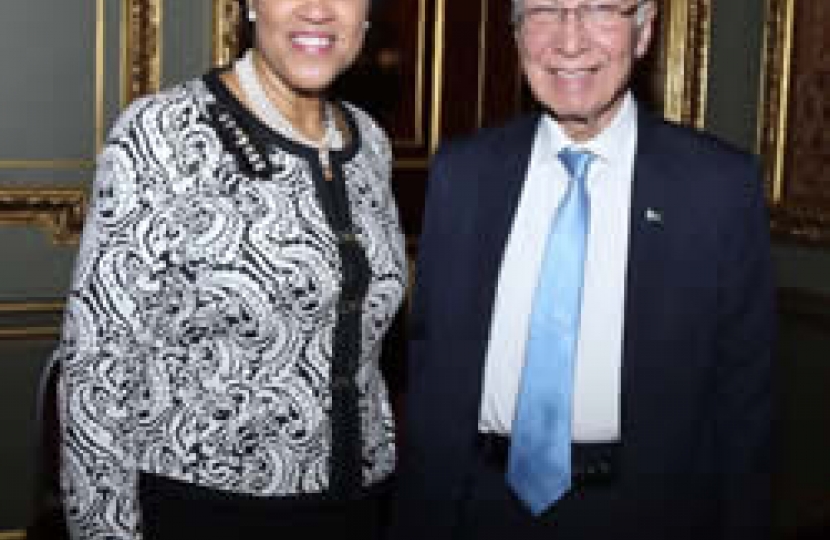 The meeting was chaired by Ioannis Kasoulides, Minister for Foreign Affairs of Cyprus and was attended by Foreign Ministers and Advisors of various Commonwealth countries. The CMAG appreciated the opportunity to have an exchange of views on this important forum. The delegates were briefed by Secretary General Commonwealth, Hon Patricia Scotland, on her ongoing engagements with member governments to strengthen democratic processes. The CMAG acknowledged and welcomed 2017 Commonwealth theme "A Peace Building Commonwealth". Deliberations were also made on youth empowerment as tool for achieving sustainable development and peace.

On this occasion Adviser Aziz had a useful discussion with His Royal Highness, The Prince of Wales. HRH Prince Charles conveyed his appreciation for strong bilateral relations between Pakistan and the UK, and expressed best wishes for the Government and the people of Pakistan. The Adviser reiterated invitation to HRH Prince Charles to visit Pakistan. The Prince of Wales was delighted to accept the invitation and stated that he was looking forward to the warm hospitality of the Government and people of Pakistan at his earliest convenience.

In his brief interaction with Secretary General Commonwealth, Adviser Aziz, reaffirmed Pakistan's commitment to work with the Commonwealth. He also put an emphasis on even more active role of the organization in enhancing intra Commonwealth trade linkages.