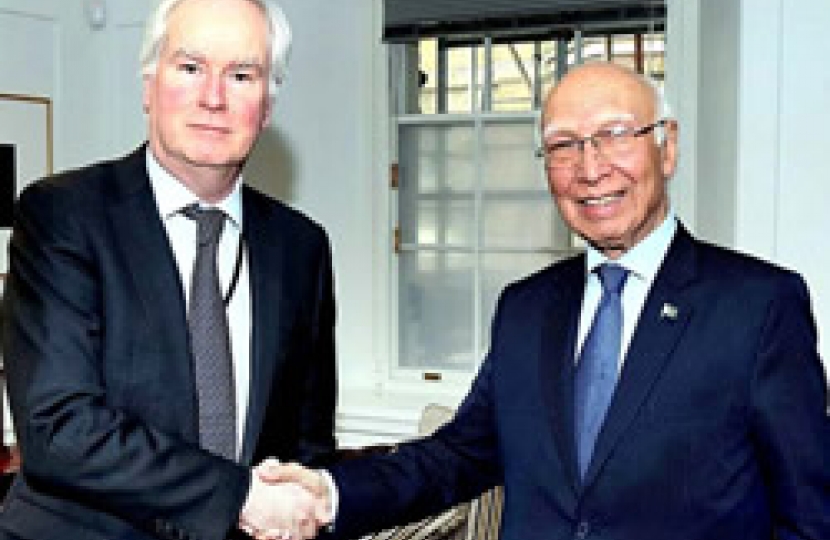 Mr Sartaj Aziz, Adviser to the Prime Minister on Foreign Affairs, met with Sir Mark Lyall Grant, British National Security Advisor (NSA), on 16 March 2017 at his office in London. Adviser Sartaj Aziz is on a visit to the UK to attend the 50th Meeting of the Commonwealth Ministerial Action Group (CMAG).

Mr. Aziz discussed with the NSA various aspects of UK-Pakistan relations, including issues related to peace, development, trade and investment, security and counter-terrorism. The situation in Afghanistan also came under discussion.

The Adviser also raised the issue of continuing gross human rights violations in the Indian Occupied Kashmir (IOK). He underscored the need for international community to play a more active role in this regard.

The British National Security Advisor showed understanding of our position on the above issues discussed during the meeting and assured UK's support and commitment to work together with Pakistan.

The Adviser also reiterated our position on the membership of Nuclear Suppliers Group (NSG). He emphasized the need for criteria based approach for any new member.